Sri Subramanya Temple is situated in a small village in the thickness of the forest bordering the Western Ghats. The great Shiva Bhakta and Serpent king Vasuki was performing tapas for years in the Biladwara caves of Kukke Subrahmanya to avoid the attack of Garuda. Following Lord Shiva’s assurance Shanmuka gave darshan to Vasuki and blessed him that he would stay with his parama bhakta in this place forever.

Hence the poojas offered to Vasuki or Nagaraja are nothing but the poojas to Lord Subrahmanya. 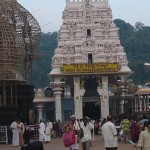 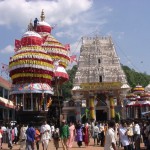