Qutub Minar has a standalone place in the prime attractions amongst all the Historical Monuments of India. The word ‘Qutub’ means ‘pole of justice’. It is situated in Delhi, the Capital of India. The monument can be seen from most parts of the old city.

Qutub Minar is among the Tallest and Famous towers in the world. It is the tallest brick minaret in the world. The Minar has been listed to Unesco World Heritage list. It is a great masterpiece of Mughal Architecture. The Minar is made of Red Sandstone. Height of Qutub Minar is 72.5mts. It is an architectural marvel of the 13th century. It was constructed by Qutb-ud-din Aibak in the 12th century for celebrating the victory of Mohammed Ghori over the Rajputs and was completed in the 13th century by his successors. It is one of the best examples of Indo Islamic architecture. It was viewed in those times as a symbol of the military might of the Turko-Afghan dynasty and Islam. 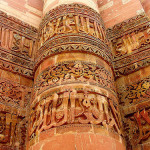 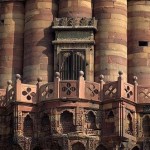 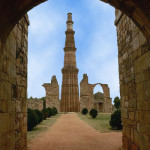