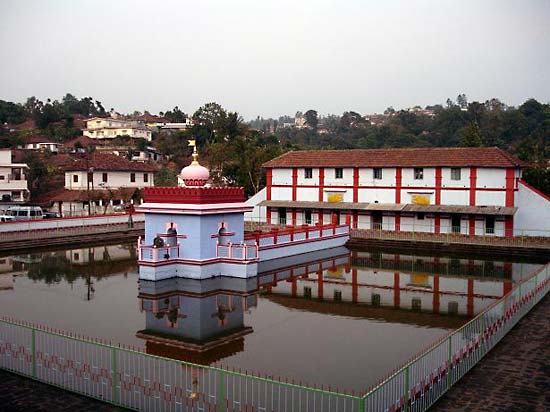 Omkareshwar Temple Madikeri has the famous Omkareshwara Temple built by the Kodagu rulers during the 19th century its domes and arches make it look like an Indo-Sarcenic Building. It is located just 1km away from the heart of the Madikeri. The Temple has both Islamic and Gothic style of architecture. There is a tank in front of the Temple.

There is a footpath leading to a small Mantap. It is said Lingarajendra killed an honest and pious Brahmin to fulfill his political ambitions. That Brahmin became a Brahmarakshasa and started troubling the king. The king got rid of the so called Brahmarakshasa only when he brought a Shivalinga from Kashi and installed it after building a Temple. The shivalinga was named as Omkareshwar and regular rituals were performed. The bars of the windows of the Temple were made of Panchaloha and an alphabet ‘lim’ has been placed in between the bars 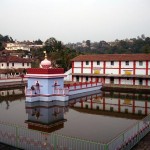 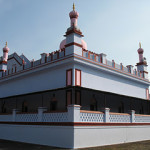