The Museum of Christian Art

The Museum of Christian Art symbolizes an effort to showcase the richness of Indo-Portuguese Christian Art from Goa. It highlights a part of Goa’s heritage that is badly neglected and if not preserved, will be lost forever. The Museum of Christian Art showcases the wealth found in the various Churches built by the Portuguese in Goa as well as some donations by private families. Intended to be a representative collection, every object displayed in the Museum, reflects the immense wealth of the churches of Goa.

Asia’s first Museum of Christian Art was initially located at the Seminary of Rachol, Salcette and Goa, where it was inaugurated in 1994. The Museum is now relocated within the Convent of Santa Monica, Old Goa, in the vicinity of world Heritage Monuments. The central theme in the selection of objects for this Museum, apart from their antiquity is the Indian (predominantly Hindu) contribution to Christian Art. It is this that has made the Museum unique. 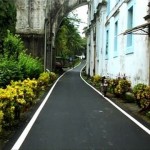 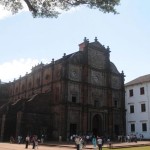 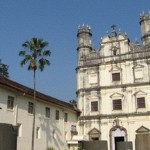