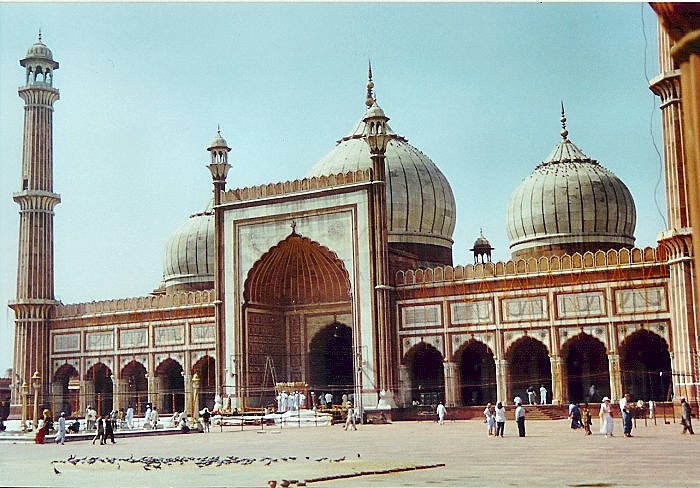 Jama Masjid The largest mosque in India, the Jama or Jami Masjid was built between 1644 and 1658 during the reign of Shah Jahan, the most prolific of the Mughal Builders. Originally known as the Masjid-i-Jahanuma, or "Mosque commanding view of the World", the Mosque is built of colossal proportions and has a courtyard, which can accommodate 25000 devotees. Made of Sandstone and White Marble, the Mosque has three Gateways, two 40m high minarets and four towers. 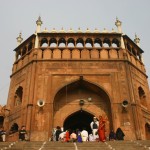 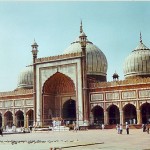