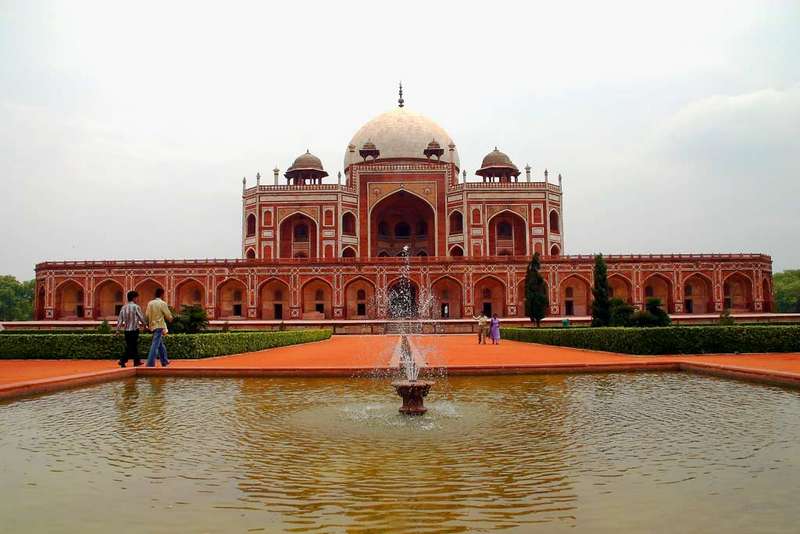 Humayun's Tomb The second Mughal Emperor Humayun died just a year after he regained Delhi. His Persian wife, Hamida Begum, supervised the construction of his tomb from 1562-1572.

It was designed by the Persian architect, Mirak Mirza Ghiyuath. Situated on the bank of River Yamuna and adjoining the shrine of the famous Sufi saint Nizam al-Din Auliya, this tomb is said to have been a precedent of later Mughal mausoleums in India. The geometrically arranged gardens intersected with numerous water channels present a paradise setting. 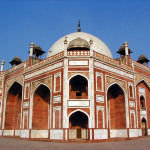