The Fort Aguada is one of the Largest and Impressive forts preserved as one of the best known landmarks in Goan History. Its prominence has grown from the fact that its headland on which it is built offers a wonderful site for military Architects due to its shielding of the vital Sea access from the heart of the Portuguese territory thereby making it an ideal site for seaward as well as landward defense.

The elimination of the Maratha threat and the acquisition of the New Conquest added more glory to its importance right up to the end of the 18th century when Goa's future borders were established. The most vital part of it was its impregnability to survive attacks by enemies through land or sea or simultaneously from both sides which often happened. 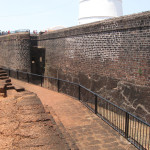 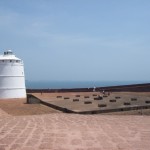 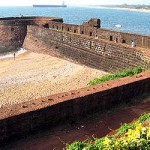 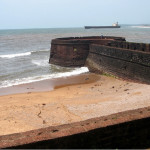