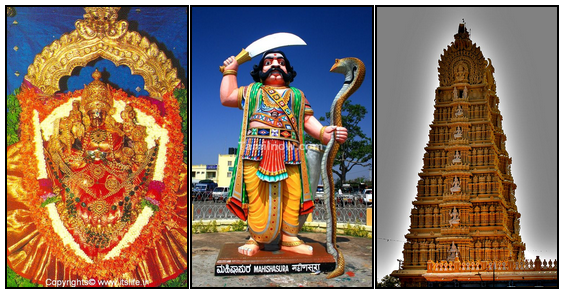 The Chamundi Hills are located in India, close to the palace city of Mysore. Its average elevation is 1000 meters. According to legend, the demon Mahishasura, king of the area that is currently Mysore, was killed by the Goddess Chamundeswari (also Chamundi) after a fierce battle. The hills are named for the goddess and a Temple honors her in the hills. The temple has a beautiful idol of the goddess wearing a garland of skulls. The temple has always been patronised by the rulers of Mysore. In earlier days, the Maharajas of Mysore would ride the ceremonial Dasara elephant during the annual Dasara festival; since India gained independence, the idol of Goddess Chamundi is taken on an Elephant. 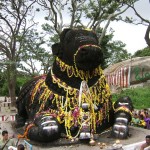 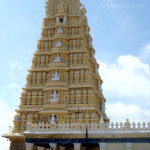 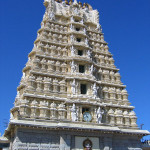 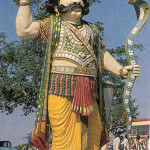